Hey! How’s your summer going? Good? Shitty? Just whatever because you’re a fucking real life grown-up and summer *really* isn’t all that much fun anymore because it doesn’t change anything about your day to day life except for that now it’s a lot easier to sweat off all your makeup, and now your car is a rolling heat torture chamber? I can help with the first thing, but, I can’t do anything about that hot car thing except for maybe tell you to try to park in the shade. Maybe get one of those folding things you put in your windshield to make it look like your car is wearing sunglasses? Scratch the maybe on that suggestion, and definitely do that. Now that I’m thinking about it, I think *I* want to get one for my car! Can you imagine how fucking boss the Corolla is going to look in a pair of sweet shades? Summer may not be all that exciting for me, but things are getting very interesting for my car! Someone should make novelty windshield shades that look like real people eyes. Like, Steve Buscemi eyes or Jack Nicholson sunglasses on your car, or something. Nobody steal that idea! That’s my idea! TM!! TM!! 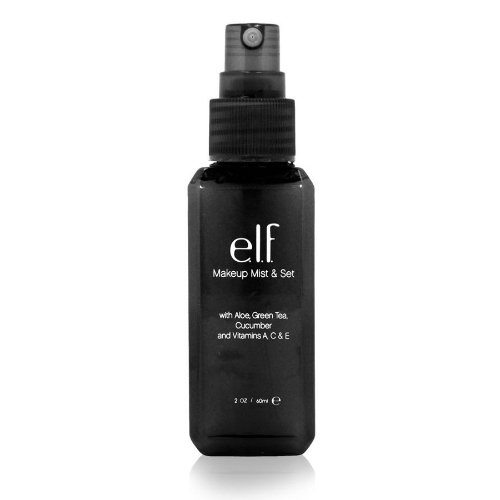 I grabbed a bottle of this setting spray during a Target frenzy a few weeks ago, and I am INTO IT.  This bottle only cost me $3, but it’s working just as well as any higher end setting spray I’ve ever had. 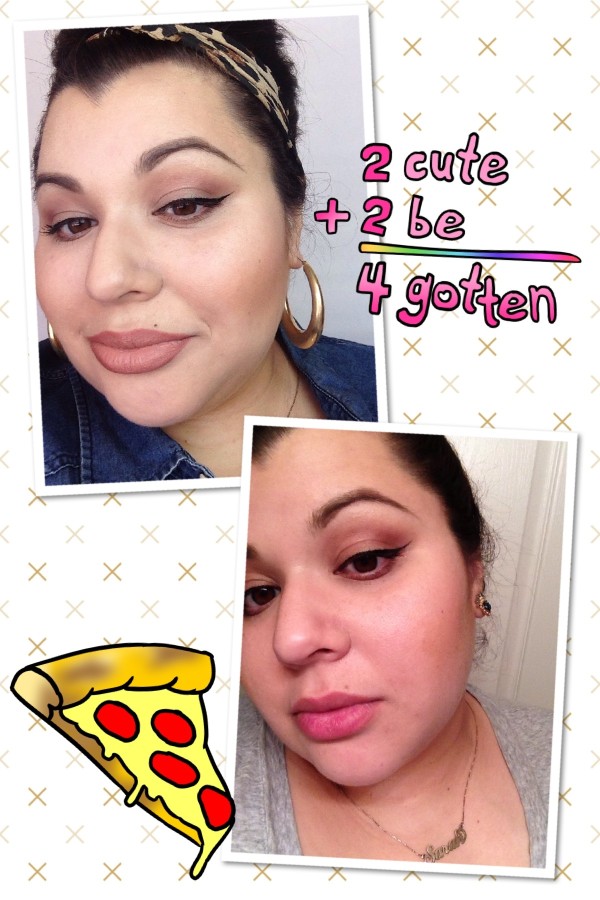 Here’s this little thing I made to show you how well this product works. The first picture was taken in the morning, after I had just done my makeup, and hit it with the spray. The second picture was taken about ten hours later, after a day spent shopping and running errands in over 100 degree weather, and after I went to my bestie’s birthday and ate hella pizza. Hence the pizza. I think it’s important to note that I did not put on any eyeshadow primer when I did my makeup. The e.l.f. spray kept my the shadow in place and crease free. That was super impressive to me because the top half of my face is really greasy, and, without primers, my makeup usually disappears.

Where does it even go? Nobody knows.

Did I happen to mention this spray only costs THREE DOLLARS? What were you going to spend that three dollars on anyways? An app? A big Toblerone? What even costs three dollars?! Nothing good! Except that Toblerone, and this setting spray.

So that settles it! We’ve decided you’re going to buy the Toblerone and the e.l.f. setting spray! It’s only going to cost you SIX DOLLARS! GOTDAMN, you’re savvy when it comes to your dollars.